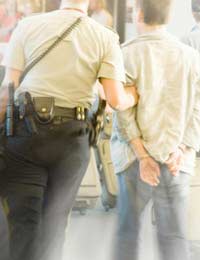 More people than ever seem to be suffering from anxiety and fear when considering flying and for some the reason is because of the increased amount of terrorist activity seen in the last few years.The modern world is a hotbed of political activity and unrest and the consequences of these issues can have significant effects on the general public.Terrorist attacks are not a new event but seem to be escalated in people’s minds as events become increasingly seen in the media such as on the news and in newspapers which can have a great effect on people especially those who already have an existing fear.All travellers are concerned about current affairs and how they might be affected, but we shouldn’t allow ourselves to be overwhelmed or consumed by the facts as our everyday lives can easily become affected.

Although most of us are aware of the enormity of recent terrorist activities we should remind ourselves that the percentage of flights affected is still extremely lo. Thousands of flights take place every day and most are very uneventful.Security measures have been increased and it is now very difficult for any wrongdoing to take place on a flight or in an airport.

Some therapies may introduce coping or distraction therapies that can be relied on when thoughts of terrorism occur or when anxiety increases and some people will have learned ways of diverting these thoughts when they first occur and prevent panic from arising.Some people might find it useful to assess the risk of taking the flight against taking another form of transport of taking a different route. It seems highly unlikely that a flight containing passengers going on their summer holiday is going to become a target for terrorist activity. Research has proven that terrorists will target something symbolic like a well known building, public figure or something concerning the government so the chances of other areas of flight travel are not likely to become the subject of a terror attack. Assessing the probability of an attack and seeing the figures in front of you may be helpful when seen in black and white as the figures of probability are very small indeed.

Due to the increased need for security, airport rules have become a lot stricter and the general public have found that these changes have affected their experience of flying.Some people show signs of irritation at the changes and not being allowed to do some of the things they were allowed to before security measures were increased but we should all remember that these measures exist for our own protection and for our benefit and that having patience during these times is essential.

Most of the general public are wary and do worry about terror attacks but the chances of being directly affected are small. Those who are responsible for causing the terror attacks are known to use this fear as a way of affecting the public and often make threats in order to induce this fear. Only by overcoming the worry and rationalising the chances of being affected can we be safe in the knowledge they these people have not been successful with their threats.

Getting to the Root of Your Flying Fear

Taking a 'Fear of Flying' Course